China's Ministry of Commerce, the General Administration of Customs and the State Drug Administration jointly issued a public announcement. Starting from April 1, enterprises that export new coronavirus detection reagents, medical masks, medical protective clothing, respirators and infrared thermometers must provide written or electronic declarations when they declare their customs, promising that the products exported have obtained the certificate of registration of Chinese medical device products and meet the quality standards of the importing country (region). Foreign media analysis said that after some countries complained about the quality of China's protective equipment and the accuracy of the detection box, China is stepping up supervision, strengthening the quality of medical supplies exported to help the global response to the outbreak of new crown pneumonia.

Australia's border enforcement agency began to seize Chinese-made shoddy masks and protective clothing, the Australian Broadcasting Corporation reported on Monday. The New York Times said on the same day that after the global outbreak, China has been encouraging domestic enterprises to increase exports of anti-epidemic materials such as test boxes. As a rule, only overseas sales qualifications were required to export goods, such as EU ce certification. But some Chinese companies have used the rules to export anti-epidemic materials to the European Union before they are approved by the Chinese government. Now the Chinese government has stepped up its regulatory efforts, and companies must obtain a Chinese medical device product registration certificate before they can export

"The U.S. Food and Drug Administration refused to allow Chinese substitutes for n95 masks kn95 masks into the United States ," Chinese Foreign Ministry spokesman Hua Chunying responded on Monday that it was not clear what the U.S. decision was based on. She said that in the current situation, masks are urgently needed by countries, and China's domestic demand is also large. Chinese enterprises are working hard, working overtime and working day and night to meet domestic demand while providing as much protection as possible for other countries to prevent and control the epidemic.

Next : The application of medical field has attracted market attention 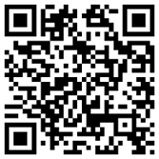